A leaked version of the new Google launcher 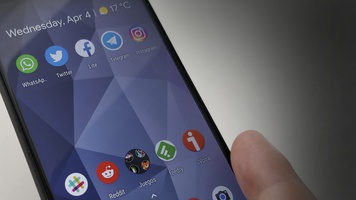 Advertisement
Rootless Pixel Launcher 2 is a modified version of the default launcher included on Google Pixel. It comes with major aesthetic improvements, as well as functional enhancements -- just like the latest version of Android. But, best of all is: you won't actually need to own a Pixel in order to add these features to your current device.

Switching out the Pixel Pill on Nougat for a new search bar on the lower part of your screen, you'll soon notice that Rootless Pixel Launcher radically changes your interface.

All things considered, where this launcher really stands out of the crowd is when you head over to its advanced settings. Simply by longpressing on your desktop you'll access your settings menu. From there, you can activate or deactivate a wide variety of functions: Google Assistant and cards, set up horizontal rotate, or switch your default icons -- and much more.

Some of these extra features aren't actually present in the official version. But you'll find that the redesign is even better: now you can hide icons from your app drawer (which definitely comes in handy when you want to keep certain apps out of sight; without uninstalling).

As quite possibly the top alternative Android launcher out there today; Rootless Pixel Launcher 2 provides a true Stock Android feel to third-party devices with features galore. Plus, it's easy to install and packs a punch thanks to all the latest Android features it provides. Deck out your Android today and customize its settings and menu appearance for either you smartphone or your tablet.
Reviewed by Andrés López Translated by Sarah
Advertisement

Why is this app published on Uptodown?
(More information)

for those who like simplicity. the best and most beautiful.

it doesn't work ... every time I do an action it tells me that the app has stopped. they should improve that 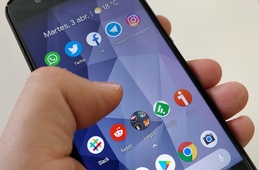 Sep 3rd, 2018 Which version of Rootless Pixel Launcher should you install? Aug 7th, 2018 Son, I need you to fix my phone again: Tips for keeping your smartphone "clean" 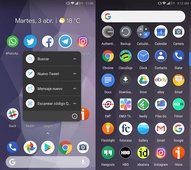 Apr 5th, 2018 How to install Rootless Pixel 2, the best launcher for Android